Two of our new designs for 2015 – Cordelia by Kelle McCarter and Blush by Mariel Mirra – were featured recently by Four Seasons Weddings! The feature highlighted one of our favorite ways to customize: hand lettering. Blush features hand calligraphy accents by Elizabeth Hardin, while Cordelia features some of Kelle’s own Maura styled calligraphy accents. Many thanks to Four Seasons for including us in this great round-up! 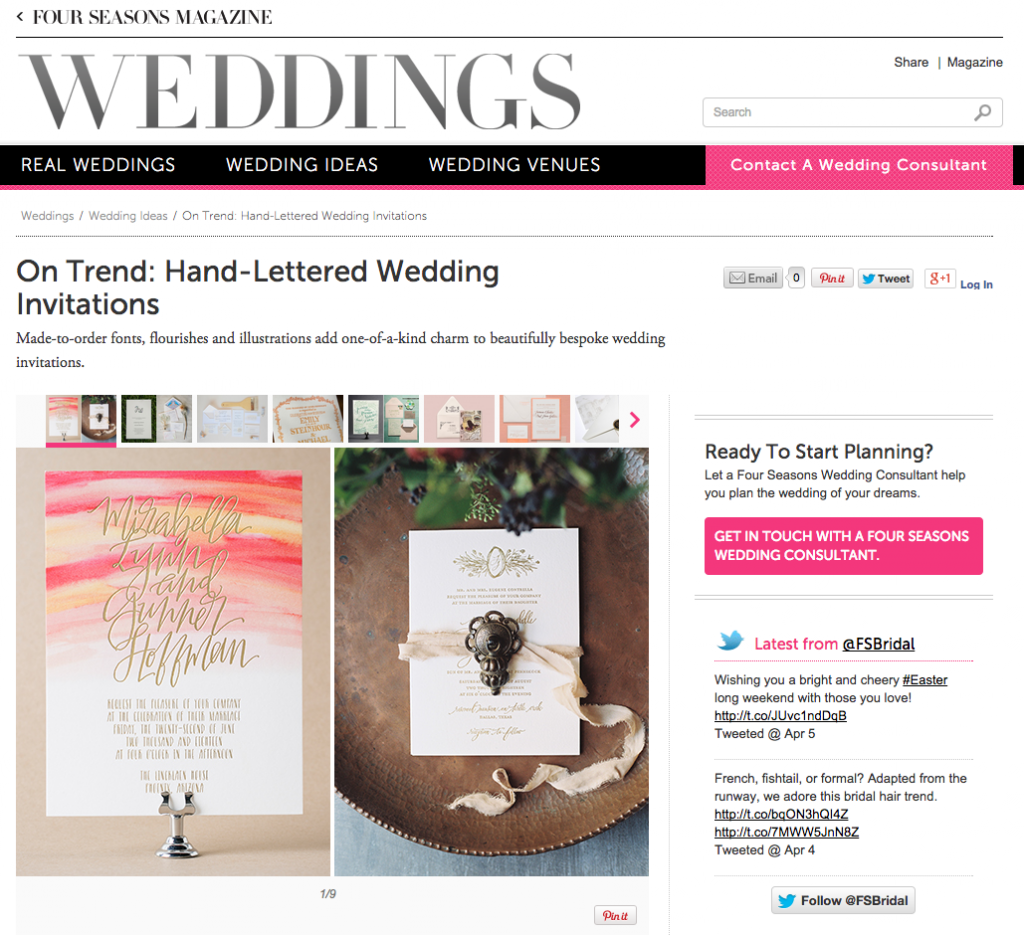 We are Bella Figura.
Press'd is our place to share our work and inspiration.

See What Inspires Us